The Harry A. Miller Club Vintage Indy Car Exhibition was held July 8-9 at the Wisconsin State Fairgrounds in West Allis, Wisc.Most cars spent time on the track under beautiful blue skies and comfortable weather. The Club continues its great job of preserving a wonderfully cordial and open atmosphere for all attendees.  At what other event can you stand in pit row and watch and listen to the best historical race cars from around the world and then go and chat with the owners, drivers, and restorers at leisure?

A first this year was an auction by Dana Mecum of nearly 250 items from the collection of David Uihlein Sr. Top sales were the various historically rare racing engines: Cragar, Rutherford, Frontenac, Hall, Speedway, Miller - prices ranged from $4500 to $250,000.  A full listing of all the items auctioned is available on the Mecum website. 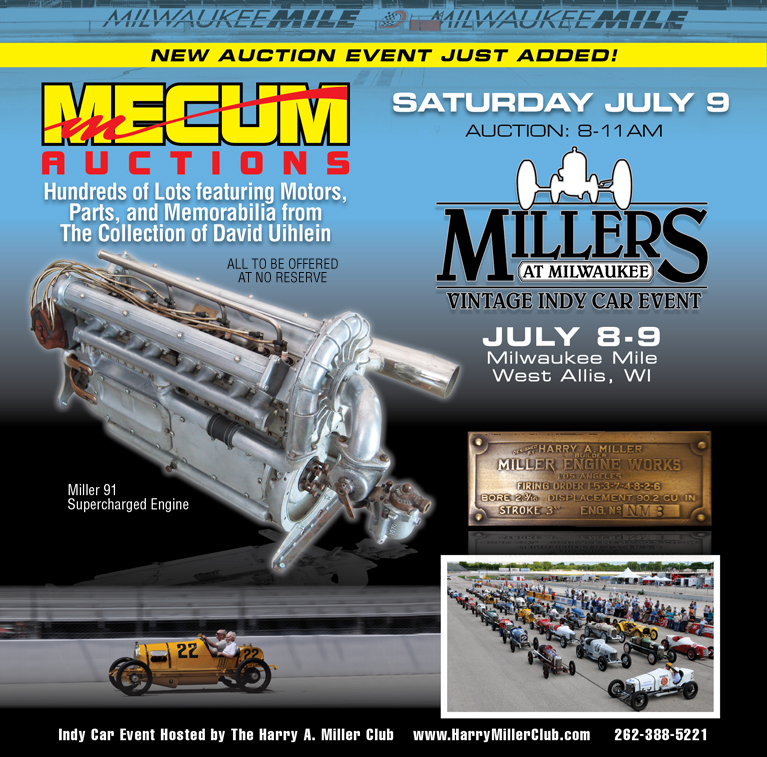 Scroll down for photos and videos and other 2011 events

As part of his 2011 Pebble Beach auction, Dana Mecum sold a number of cars from the collection of David Uihlein Sr. Lot S147.1 was the 1931 Miller Bowes Seal Fast Special Indy 500 winner. Well supported with documentation, it sold for $2,000,000. 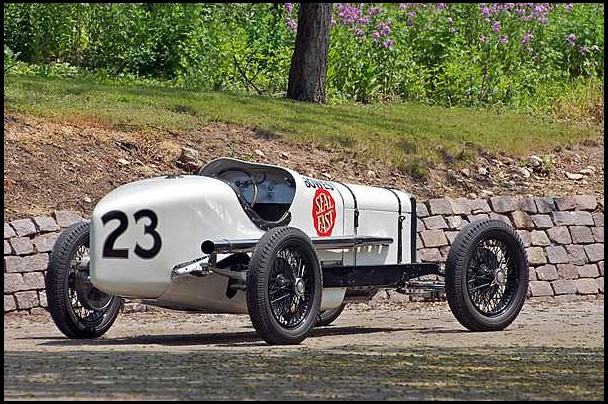 
Photos
(click on any photo to enlarge to full-size)

The recording location was directly across from the grandstands, facing the track, with the pits behind. The cars accelerate out of the turn off to the right, come down the grandstand straight from right to left, and then decelerate for the next turn. You can occasionally hear voices and other cars in the pit row that was right behind the recording location. Recordings made on track were at speeds in the 60 mph range.

To really hear how the cars sound, connect a pair of full-range high quality speakers or headphones rather than using tiny computer speakers.

Do you have a story for this page?  Contact me at: milleroffy@comcast.net

Return to the top of this page.